A while ago, I was trying to buy the rest of the volumes of the Mushishi manga, having bought volume 1 back when it was the only one released in English and subsequently ignoring the rest of the release dates. A few years later, some of the volumes are impossible to buy at a reasonable price. I don't remember if it was simply not available in paperback or that the price difference was so huge, I bought the "Library Binding" version of volume 2.

This is the horror that I found: 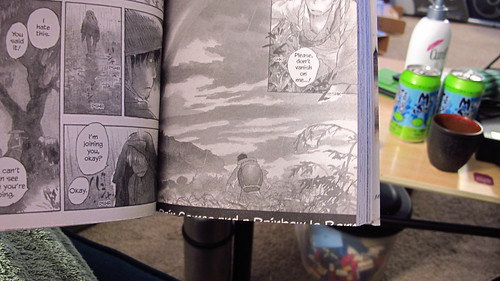 The edges are cropped!! 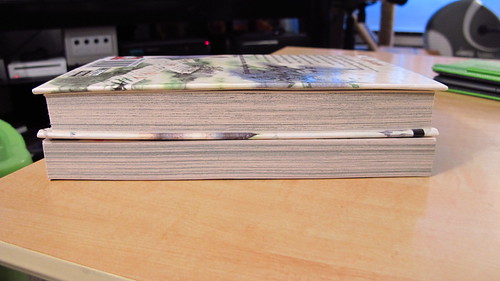 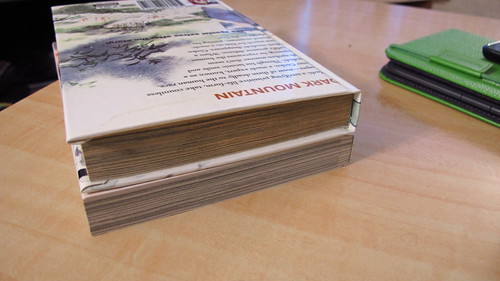 As you can see, the outer dimensions of the library binding (top) and paperback edition (bottom) are the same. Instead of resizing the images, they cropped the edges. 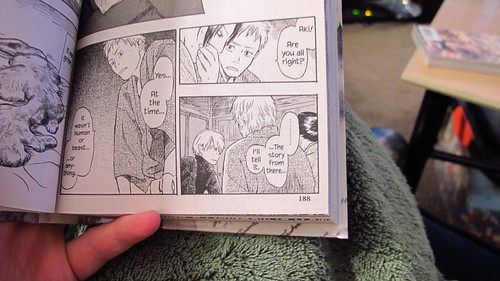 On most pages this isn't a problem, but... 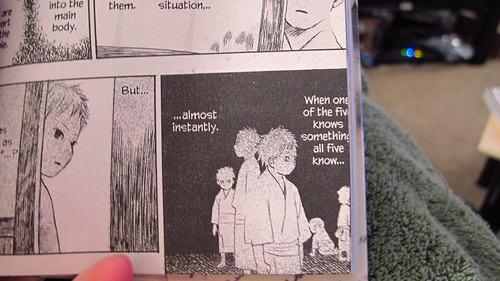 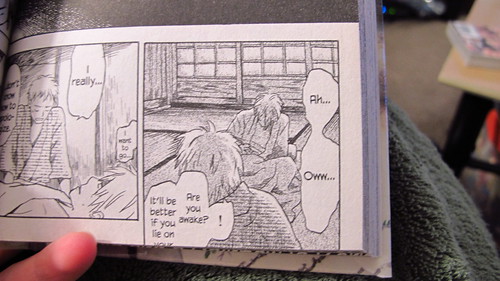 On some pages, both text and art extends all the way to the edges and has been butchered.

Publishers, don't do this!
Collapse